On The Karnak Temple Complex Where Dr. Thomas Horn Says The Incarnation Of Osiris Took Place During The Ancient Festival Of Opet (And How This May Be Repeated in 2025 For Coronation Of Antichrist) 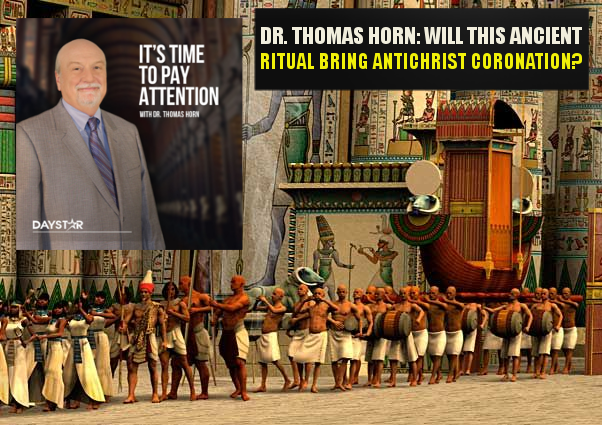 ANCIENT ORIGINS: Karnak in Egypt is the largest known religious complex on Earth located on the east side of the River Nile at the ancient Egyptian city of Thebes. Referred to as the Vatican of ancient Egypt, many revere Karnak as the most significant religious sanctuary of its era. Construction at Karnak is believed to have started almost 4,000 years ago, continuing over more than two millennia. An amazing complex of different temples, Karnak is a stunning example of ancient Egyptian architecture, including the Hypostyle Hall, Hatshepsut obelisk and even the Avenue of the Sphinxes. The religious complex at Karnak measures nearly 1.5 kilometers by 800 meters (one mile by half a mile) and is connected to the famed Luxor Temple to the south via a 2.7-kilometer-long (1.7 mi) avenue lined with sphinxes and rams. Known as the Path of God or Avenue of the Sphinxes, this was where Egyptians welcomed the flooding of the River Nile every year. Archaeologists believe the avenue was built to mark the Opet festival during which the reigning pharaoh underwent a ritual marriage with the god Amun and transported both Amun and his consort Mut, along with their son Khonsu from Karnak to Luxor, and back again. (READ MORE)

WATCH DR. THOMAS HORN EXPLAIN HOW “THE FESTIVAL OF OPET” IS CONNECTED TO “THE FIRST… AND SECOND COMING OF OSIRIS,” THE YEAR 2025, AND AMERICA’S FUTURE!