Why Is Elon Musk Aligning Himself With Satan? 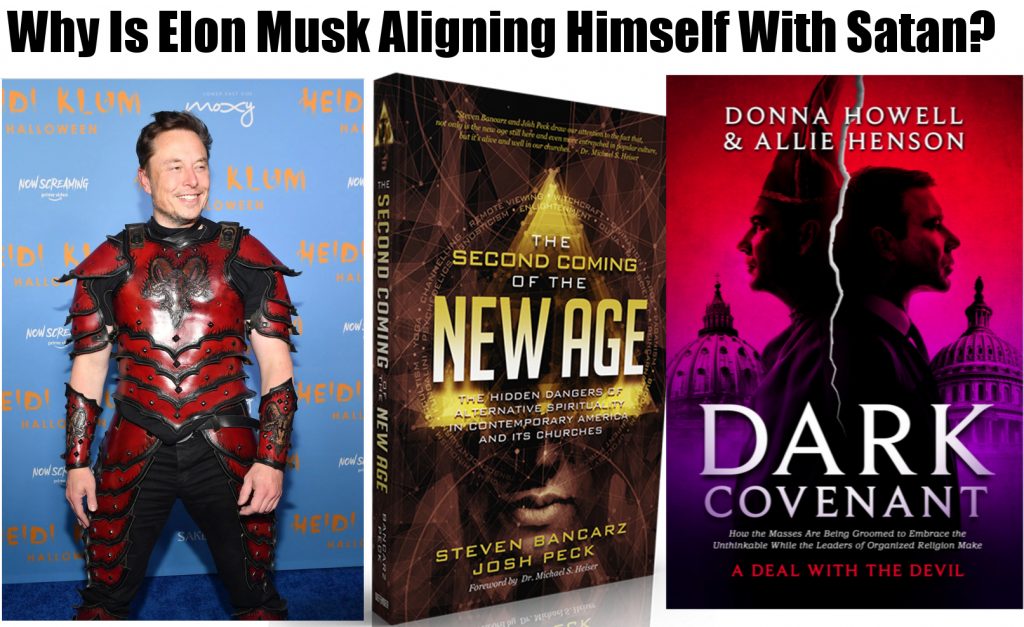 Just days after becoming CEO of Twitter, Musk attended a party in New York City wearing a blood-red outfit that featured the satanic goat’s head symbol — known in occult circles as the Baphomet — and inverted crosses on his breastplate and forearms. The billionaire even shared images of himself wearing the outfit alongside his mother Maye. Later that night, he posted a second photo of himself wearing the costume. As of late December, Musk’s profile image on Twitter is of him posing in the Baphomet outfit, the goat’s horns clearly visible in the bottom of the image. Oddly enough, Musk’s ex-wife, Claire Boucher, better known as pop artist Grimes, has also shown an affinity for satanic references… Todd Hampton of the “Prophecy Pros Podcast” says the rise of tech moguls such as Musk who wield global influence is another indicator that Bible prophecy is indeed moving toward its climax. “We live in an era where technology leaders such as Musk or [Facebook founder Mark Zuckerberg] can have more of an impact than rulers of countries,” he told CP. “Another major trend that shows us we are drawing closer to the tribulation period is the global nature of such figures along with the open push for global government from very influential leaders from every sphere of influence.” Regardless of whether Musk has an agenda, Hampton said, that doesn’t exclude him from potentially playing a prophetic role.  “Even if his intentions are good, some of the technology he develops could be used for evil — even possibly with the future mark of the beast,” he said…. (READ MORE)