Note the new dates for the tour!

SkyWatchTV’s 2023 Tour of Israel: Search for the Travelers!

We guarantee this will be different from any other tour of Israel!

For the LORD has chosen Zion; he has desired it for his dwelling place: “This is my resting place forever; here I will dwell, for I have desired it.”

We’ll visit God’s “mount of assembly,” Zion, the Temple Mount in Jerusalem — site of the prophesied Battle of Armageddon. The tour will include key sites in the long war between God and the rebellious “sons of God,” such as:

And more—especially if you take advantage of the optional three-day extension to Jordan. See Mount Nebo, where Moses got his only look at the promised land, the red desert of Wadi Rum, and the breathtaking beauty of Petra.

As a bonus, come with us for an optional tour extension to Jordan!

Join SkyWatchTV’s Derek and Sharon Gilbert on a unique tour of the ancient land of Moab! We’ll visit Mount Nebo, the “mountain of the Travelers,” where Moses got his only look at the Promised Land—and from which you’ll see the site of ancient Sodom and the place where Ezekiel foresaw the destruction of the end times army of Gog.

Then we’ll visit Petra—carved into the mountains of Seir by the Nabateans, lost to civilization until re-discovered by the Swiss explorer John Burkhardt, and made famous by Indiana Jones and the Last Crusade. And you’ll hear evidence that will convince you that Petra is far more important in the long supernatural war than you ever imagined!

Take advantage of this opportunity to see breathtaking natural beauty and Jordan’s fascinating connections to the Holy Land!

For more information and to register for the SkyWatchTV tour of Israel March 19-30, 2023, with optional three-day extension to Jordan, click here.

See the SkyWatchTV documentaries of our 2018 and 2019 tours of Israel in full HD! 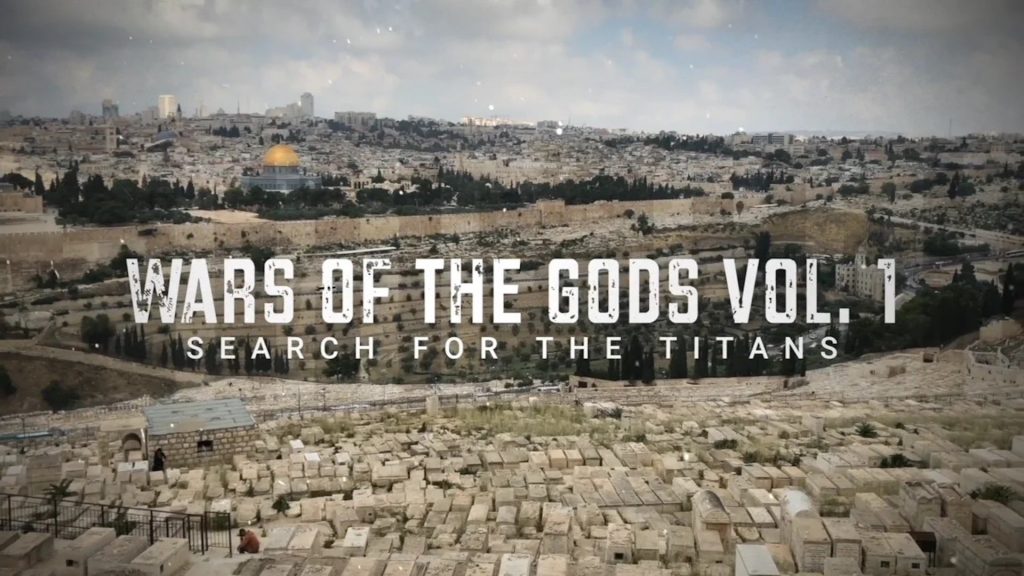 “There were giants in the earth in those days; and also after that, when the sons of God came in unto the daughters of men, and they bare children to them, the same became mighty men which were of old, men of renown… – Genesis 6:4

Click here to stream Wars of the Gods Vol. 1: Search for the Titans in full HD for just $2.95! 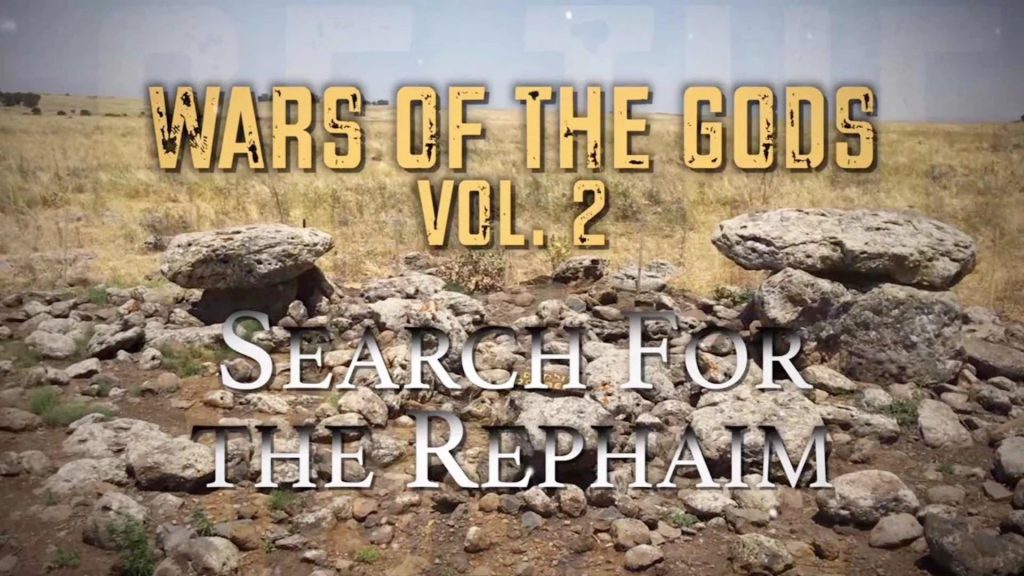 The groundbreaking new documentary Search for the Rephaim takes you on an eye-opening tour of the Holy Land — ground zero in the long war with the fallen realm.

SkyWatchTV’s Derek and Sharon Gilbert take you to mysterious Gilgal Refaim, created for the veneration of the dead, and show you a jaw-dropping, previously unknown serpent-shaped mound covered with megalithic tombs that’s far older and larger than the Great Serpent Mound in Ohio!

The Gilberts lead you to the altar of Joshua, through the tunnels beneath Jerusalem’s Old City, show you the real locations of the Crucifixion and burial tomb of Jesus, and then up to the Temple Mount, where the final battle of the ages will be fought — Armageddon.

They also take you to Mount Nebo overlooking the ancient plains of Moab and show you the site of biblical Sodom. They explain Sodom’s connection to the veneration of the Rephaim that brought disaster on Israel, and how it connects to Ezekiel’s end times prophecy of the war of Gog and Magog.

Finally, they take you on a one-of-a-kind tour of Petra to show you the forgotten, original location of Islam’s most sacred relic.

This two-hour tour of the Israel, with special guests Pastor Carl Gallups and messianic Rabbi Zev Porat, will open your eyes to the physical, historical reality of the supernatural war that’s been ongoing since Eden.

Click here to stream Wars of the Gods Vol. 2: Search for the Rephaim in full HD for just $2.95!

Or click here to buy Wars of the Gods Vol. 2: Search for the Rephaim on DVD — a two-DVD set that includes four hours of additional teachings by Pastor Carl Gallups, messianic Rabbi Zev Porat, and SkyWatchTV’s Derek Gilbert for just $24.95 at the SkyWatchTV Store!