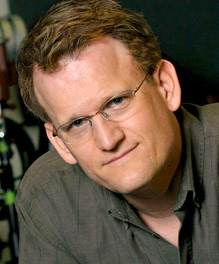 Brian Godawa is the screenwriter for the award-winning feature film, To End All Wars, starring Kiefer Sutherland. Previously he adapted to film the best-selling supernatural novel The Visitation by author Frank Peretti, as well as writing and directing several documentaries for PBS and other producers. His popular book, Hollywood Worldviews: Watching Films with Wisdom and Discernment is used as a textbook for film analysis in schools around the country. His new Amazon best-selling novel series is Chronicles of the Nephilim, an imaginative retelling of the primeval history of Genesis, the fallen Watchers, and the wars of the giants. Websites: www.ChroniclesoftheNephilim.com and www.Godawa.com