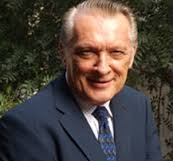 DOUGLAS W. KRIEGER is Co-Editor of the Tribnet since 2004, having written scores of e-books on Bible Prophecy. He has served as Education Administrator for public schools for 20 years, as well as Public Relations and (formerly) the Executive Director of the National Religious Broadcasters National Prayer Breakfast in Honor of Israel during the 1980s. He holds a BA/Admin. Cred. from CSULA/CSUS Additionally, he was a pastor during the Jesus Movement in Berkeley, California. Since 1968, he’s been married to Deborah and has three children who love the Lord Jesus. Doug’s involvement in Christian Leadership led to several White House briefings during the Reagan Administration with the Religious Roundtable and the American Forum for Jewish-Christian Cooperation.  He is both a conference speaker and continues to write on major prophetic themes; he is also a prolific writer and researcher on the Neolithic Earth and the “Dimensions of Paradise.”