YOURS FOR ANY DONATION OF $20.00 OR MORE — LEARN THE SECRET TRUE STORY BEHIND DR. THOMAS HORN’S LIFE PLUS RECEIVE A DVD MOVIE AND 3 OTHER NEW BOOKS!

Today, Tom Horn is the CEO of SkyWatch TV, Defender Publishing, and Whispering Ponies Ranch. He is well known for such books as Forbidden Gates, the Petrus Romanus series, and Zenith 2016, as well as his award-winning documentary Inhuman. For decades, people have read his work, watched him on nationally syndicated television, and come to know the brain of the man who has pioneered biblical scholarly studies in the subjects of transhumanistic sciences, the Nephilim giants and Sons of God mentioned in Genesis 6, the Vatican’s role in eschatology, Freemasonry, and the concerning architecture of Washington, DC.

But many have also come to wonder about the man behind the media. Who is Tom Horn at the core? What drives him to tackle the questions very few others will address? Did he know the Lord from an early age, or was there a paramount moment when Christ revealed Himself to Tom? And is there a powerful message in his life’s story that is crucially relevant and applicable to all generations within the Body of Christ?

In The Boy from El Mirage, readers will discover for the first time: 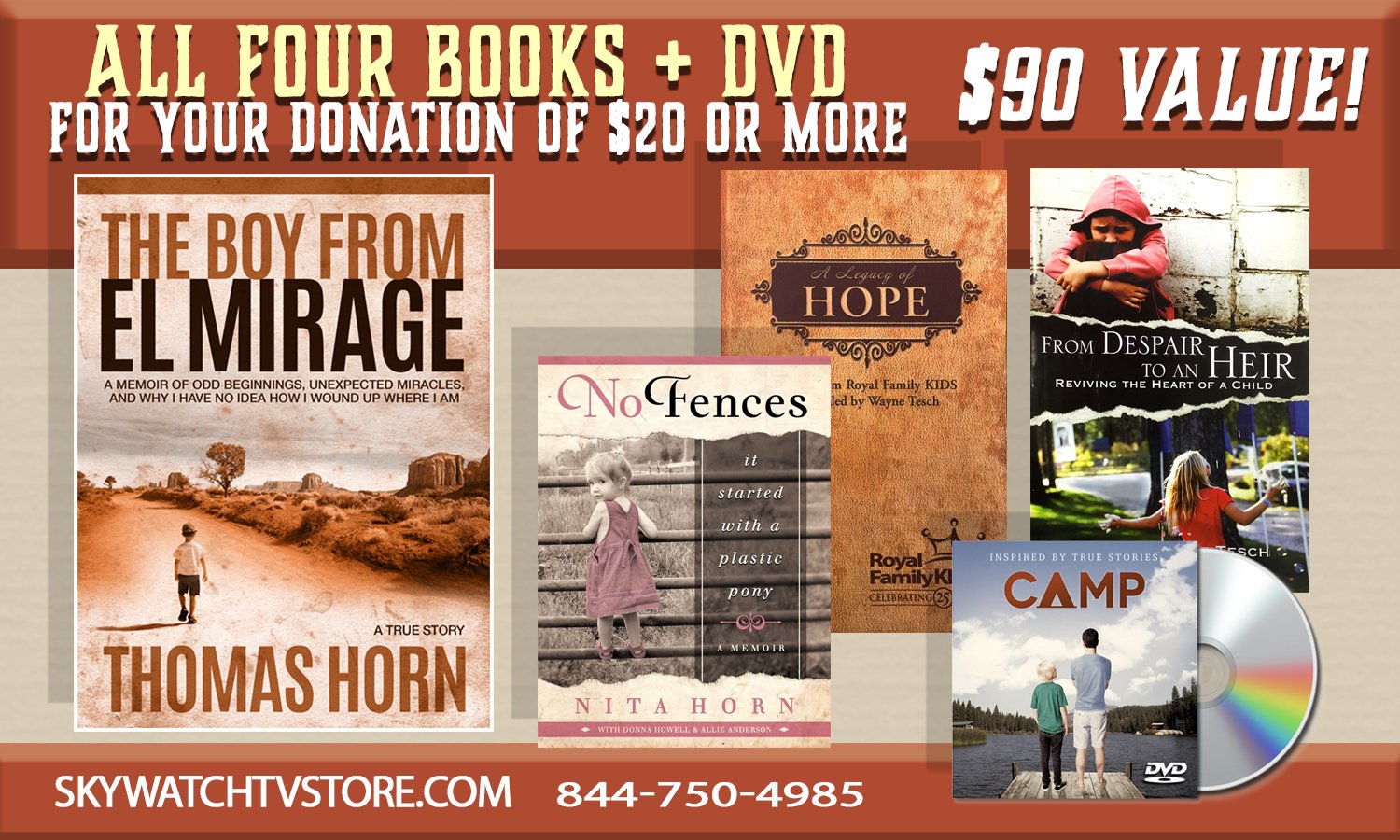 YOURS FOR ANY DONATION OF $20.00 OR MORE — LEARN THE SECRET TRUE STORY BEHIND DR. THOMAS HORN’S LIFE PLUS RECEIVE A DVD MOVIE AND 3 OTHER NEW BOOKS!