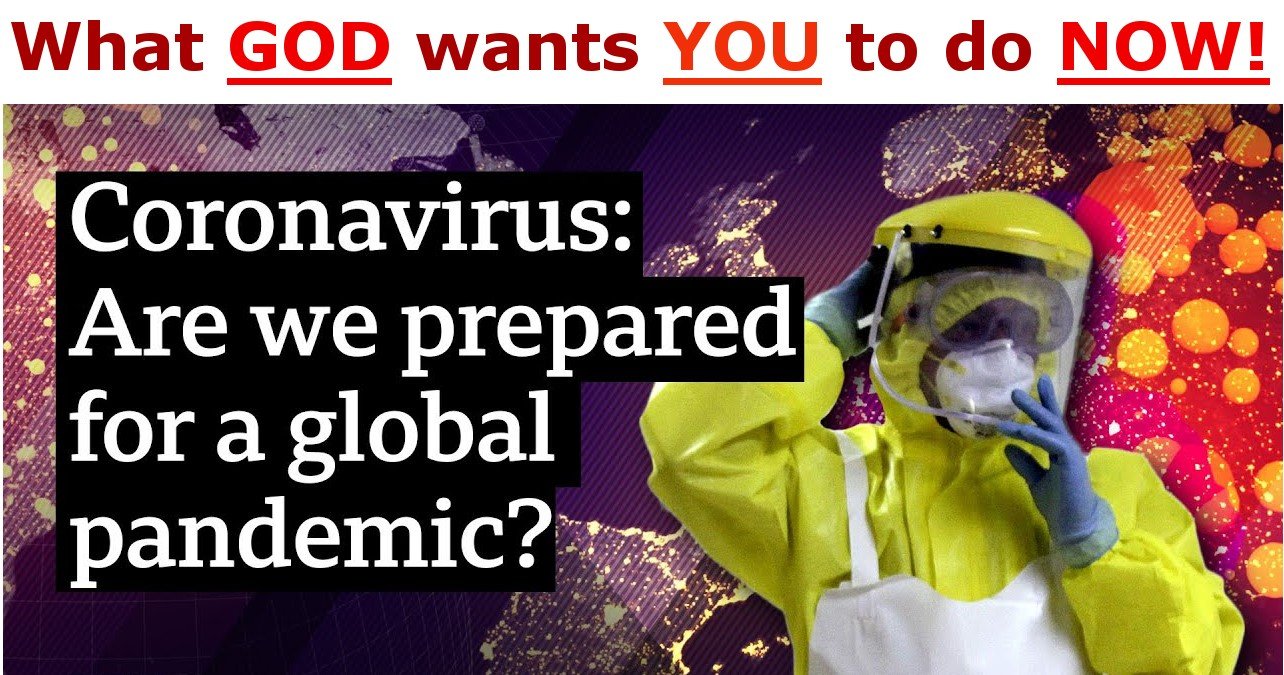 During a meeting at the World Health Organization (WHO) in 2018, a team of scientists adopted the title “Disease X” for a coming global pandemic, which they imagined entering the human population “from a virus originating in animals. Disease X would… spread quickly and silently; exploiting networks of human travel and trade, it would reach multiple countries and thwart containment. Disease X would… spread as easily as the flu [and] shake financial markets even before it achieved pandemic status.”[i] The authors of that report now believe the current Coronavirus could be this Disease X, and if it becomes a full-blown pandemic the result might be the death of as many as 80-million people worldwide.

The prognostication by these scientists from a few years back seems suddenly prescient, especially now that the World Health Organization has declared the Coronavirus a global pandemic.[ii] Yet according to a Facebook post I read yesterday, all we Christians have to do is pray. Anything else reflects a lack of faith and is fear-mongering, the person added.

Of course, Christians should be praying. But that advice alone is a glaring omission of important Scripture. The Book of James measures faith by personal action, and Hebrews 11:7 describes true faith this way: “By faith Noah, being warned of God of things not seen as yet, moved with fear and prepared an ark to the saving of his house.” 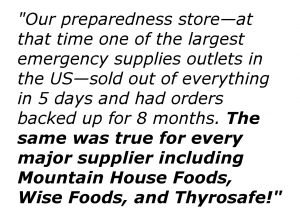 God told Noah that He would destroy the earth by a flood. He gave Noah time and instructions on how to be prepared so that he and his family could survive. Noah didn’t know when the flood would come, only that it was prophesied, and he prepared for it. When the Flood arrived, he was ready. His faith in and obedience to God’s word, his survival instincts, and ultimately his preparedness actions saved his family and preserved the human race.

The parallel between Noah and today is astounding. “As it was in the days of Noah,” says Luke 17:26-27 concerning the last days. Noah’s actions should define the modern believer’s responsibility, including the need for spiritual and physical preparedness. Besides Noah’s example, there are other places in the Bible that sanctify emergency preparedness, including principles in the Books of Psalms and Proverbs, the parable of the faithful and evil servants (Matthew 24:45-51), the parable of the ten virgins (Matthew 25:1-13), the story of God leading Joseph to prepare Egypt for famine by laying up foods, which saved his family and the nations around about, and so on.

But 1 Timothy 5:8 goes even further, saying that a person who does not provide for the survival of their relatives has denied the faith and is worse than an infidel.

Proverbs 22:3 agrees, pointing out how a godly person foresees approaching calamity and prepares for it, while a fool goes blindly on and suffers the consequences.

Such wisdom from the Good Book flies in the face of western dispensational fatalism, which fails to see God’s instructions about the future and the responsibility He gives concerning preparation. Consequently, misguided church “authorities” may speak of the hidden shelter that God provides His followers during a storm but fail to see the believer’s responsibility cast throughout the Bible where we are to care for our families and communities by readying for the unknown.

Perhaps the greatest reason why some people, including religious people do not prepare for disaster, is that they view the need to ready for the unexpected as too complicated and costly. They imagine the back yard being dug up for construction of a massive shelter and the basement crammed with row after row of dry grains and large containers filled with backup water.

The truth is, survival preparation is modestly affordable. Under most circumstances, the ability for individuals to shelter in place until the danger subsides by having some food (I personally have a pallet of beans and rice in storage) set aside and a way to purify water could make the difference between life and death for them and their loved ones. If one can also purchase powerful natural supplements like Fermented Mushrooms—which university studies show can supercharge immunities against viruses—that’s even better (SEE NATIONAL INSTITUTE OF HEALTH REPORT: Antiinflammatory and Immunomodulating Properties of Fungal Metabolites on the ability of extracts and isolated metabolites from mushrooms to modulate immune responses.)

During Hurricane Katrina, one woman had a simple emergency supplies kit in her attic that kept her and her two cats alive for days until help arrived. Another man, a doctor who had read one of our preparedness books and followed its instructions, was ready with equipment and supplies. His house became a gathering place for people displaced by the storm. Many survived as a result. 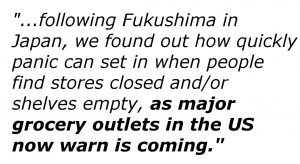 On the other hand, following the 2011 nuclear disaster at Fukushima in Japan, we found out how quickly panic can set in when people who have not prepared suddenly find stores closed and/or shelves empty (as major grocery outlets in the US are warning now is coming[iii]). During Fukushima, our preparedness supplies business—at that time one of the largest emergency supplies outlets in the US—sold out of everything we had in 1 day and orders were backed up for 8 months before they could be shipped. The same was true for every major supplier including the biggest companies we distribute for—Mountain House Foods, Wise Foods, Thyrosafe and others!

SO PLEASE HEED THIS WARNING!  YOU need to put away some emergency food and have a way of purifying water before the chaos comes. DO IT NOW WHILE YOU CAN.  DO NOT PROCRASTINATE.

As a veteran of more than 45 years of church ministry, I call on pastors and other religious leaders to stand at the forefront of this issue and to make disaster preparedness some part of their ministry. This doesn’t need to define what you or your fellowship are about, but this can and must be part of the wise counsel you offer those you have responsibility for. You could literally save a believer’s life!

Together as people of faith, we should face the future with confidence and take the lead in disaster preparedness. Deuteronomy 30:19 says, “Today I have given you the choice between life and death, between blessings and curses. I call on heaven and earth to witness the choice you make. Oh, that you would choose life, that you and your descendants might live!”

WATCH THE TWO NEW PROGRAMS BELOW ON PANDEMIC PREPAREDNESS 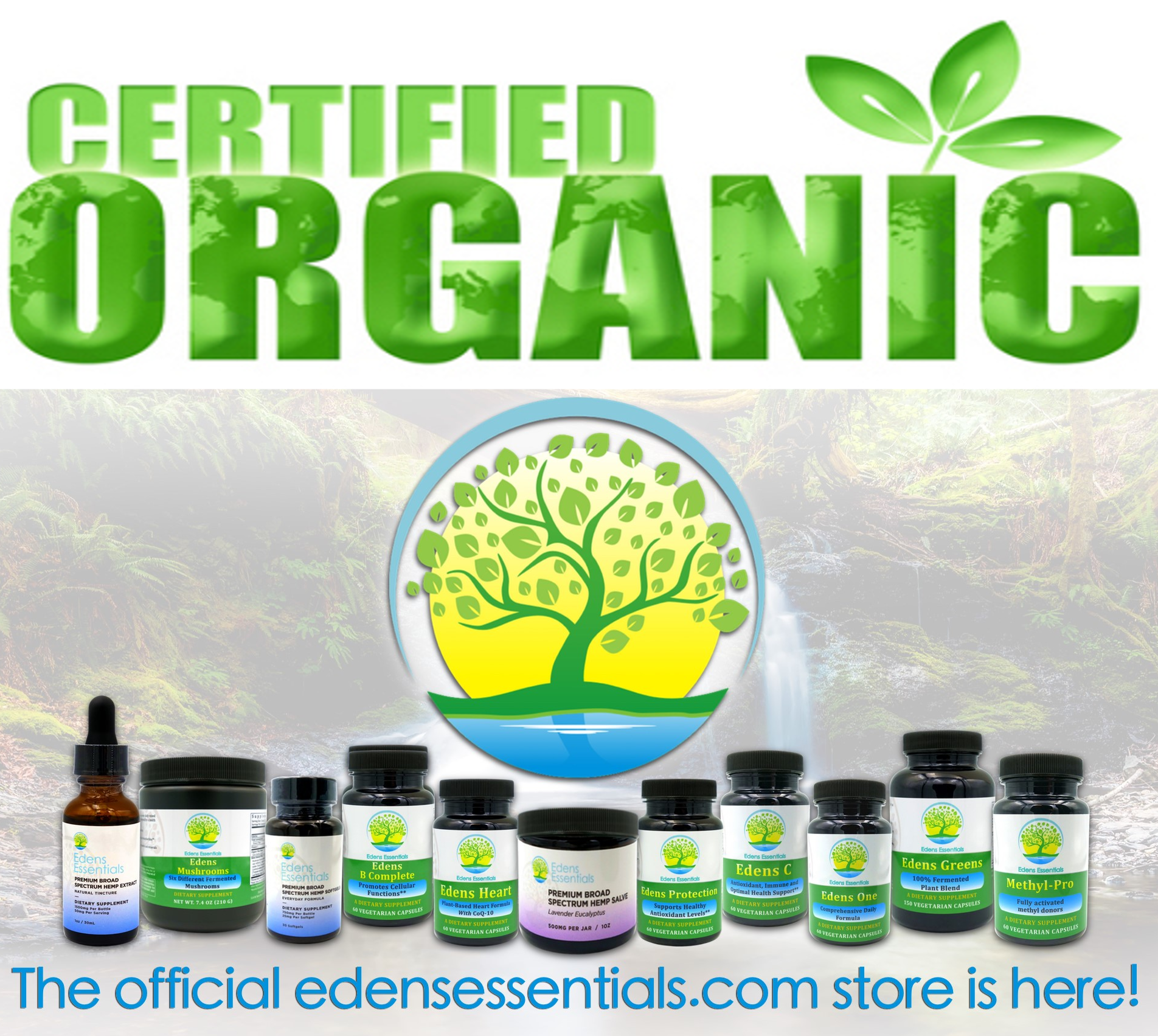 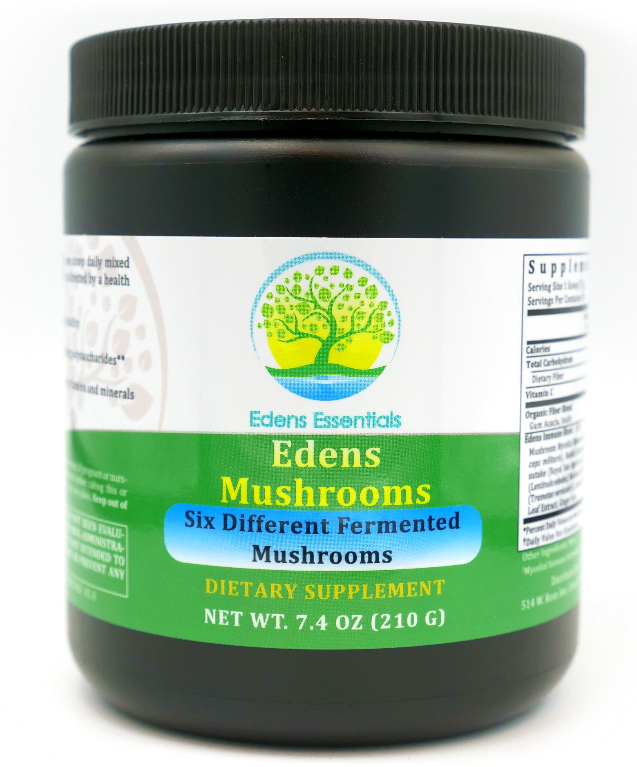