AS THE GREAT DELUSION NEARS, UFO Community Explodes In Accusations of ‘Luciferianism’ 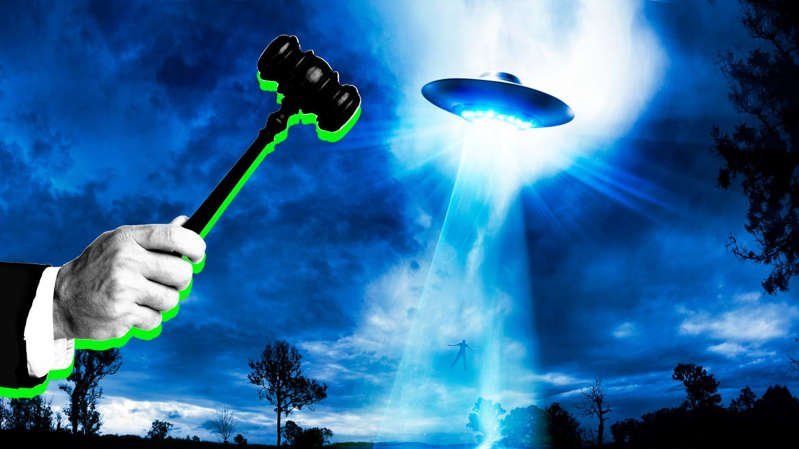 The world of UFO conspiracy theorists has been torn apart by dueling lawsuits, pitting a prominent UFO influencer against a conspiracy-minded streaming video company valued at more than $200 million over who has the right to discuss their experiences with a benevolent species of blue alien. The battle taking place in a federal courthouse in Colorado centers on Corey Goode, a UFO promoter and self-proclaimed deep-space traveler who consorts with benevolent aliens, and his former employer, Gaia, a publicly traded streaming platform whose videos blend yoga instruction with stories about “deep state” villains and benevolent aliens. After leaving his Gaia show in 2018, Goode engaged in a long-running feud with the company. In March 2020, Goode sued Gaia, alleging that the company had engaged in an elaborate conspiracy against him. On Monday, Gaia filed a countersuit, accusing Goode of defamation and concocting various schemes to sabotage the company. Much of the lawsuit centers on who has the right to talk about a bird-like species of alien called “Blue Avians,” as well as a covert space agency that are, in Goode’s telling, both supposed to be real things. That’s because Goode doesn’t just talk about aliens—he claims to have met them. In his telling, Goode was hired as an “empath” when he was 6 years old to join a group called the “Secret Space Program” on a 20-year contract dubbed “20 and Back,” in which he met friendly Blue Avians. Indeed, Goode claims that he has a close connection with the aliens, saying on his website he’s a member of the “Blue Avian soul group” brought to Earth to “help with planetary ascension… (READ MORE)